I am an administrator in a local Primary School in the North East of England. I am very happy in my job and the daily challenges that it brings; from lost children to ordering Sandpits. I was recently assigned the task of sourcing and creating our Record of Achievement Folders for our kids. Our old supplier had gone bankrupt and we had no lead on where to get one.

As I am an old-fashioned type, my first stop was the local printers to ask about options for folders, but while they were keen to get the work, they were outsourcing it from someone with a litho printer. I assumed that we could get them cheaper if we found a printer with litho capabilities so I began an internet search to see where I could find such a printer. It turned out that there were quite a few printers in our area with the technology required. 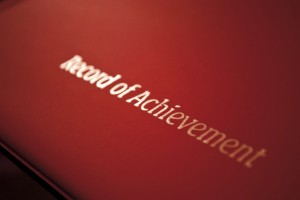 I assumed that I would basically pick a colour, hand over our school’s crest and wait for the delivery, but the company we used had so many little options to make our product better – card holders that were modified as name badges, brass corner protectors, CD pouches – we thought they would be handy for a CD photo album at the end of term. They were very impressive and we ended up with a hand tailored product.

It was important to us to get this project right because a pupil’s Record of Achievement Folder will stay with them until they are sixteen at least, it could even be presented in their university application, so it has to look good, and we made sure it did.

This task could have been a run-of-the-mill task, find a printer, give them the school’s crest, collect the record of achievement folders, job done. However with a bit of research and a bit of effort I found a great price and a great supplier; we’ll definitely be using them again.

Why Should You Promote Your Small Business?

Why Should You Choose Lion Presentation as Your Manufacturer?